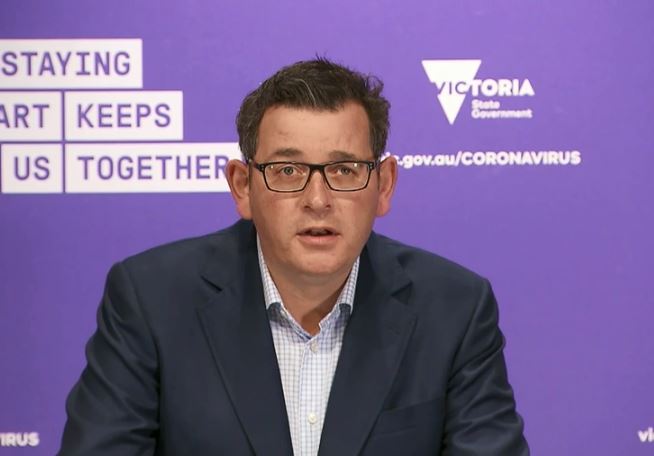 Victorian Premier Daniel Andrews has said “today is by far the hardest day” as he announced 671 new cases of COVID-19 and seven deaths along with new unprecedented stage four restrictions.

The premier declared a state of disaster from 6pm tonight in addition to the state of emergency and said he had been left with “no alternative” but to impose the harsher restrictions on Melbourne.

Metropolitan Melbourne will start its curfew from 8pm tonight however was placed under stage four restrictions two hours earlier at 6pm. The curfew will run from 8pm to 5am every day.

Supermarket shopping has been limited to one person per household from 6pm and can be no further than five kilometres from home.

Recreational activity has been banned and outdoor exercise limited to one hour each day.

Regional Victoria will also go into stage three restrictions from midnight on Wednesday.

The restrictions will apply for six weeks.

Meanwhile, Queensland recorded one new case of COVID-19 on Sunday after a man who returned from overseas but was granted an exemption to fly domestically from Sydney to the Sunshine Coast tested positive. There were 12 new cases in NSW where Premier Gladys Berejiklian said masks will be encouraged in certain circumstances from Monday